In 1988, the year before I started working as a teacher, I’d put together a band called “Schetagne.” Yes, that’s rather strange to name a group by the last name of the band leader, but as I was tired of always start over, I told myself that taking my last name (which sounds a bit percussive too), it would be the last time I’d have to do it.

We played only my original compositions. And as the mindset was more to be a group rather than musicians playing alongside the band leader, there was plenty of room for each members to express themselves musically.

Until 1992, we played at different places like “The Odyssey” in Trois-Rivières, Club Soda, Cultural Center of Châteauguay, Jailhouse Rock, Grand Café, L‘air du temps, and CEGEP St. Laurent, just to name a few. 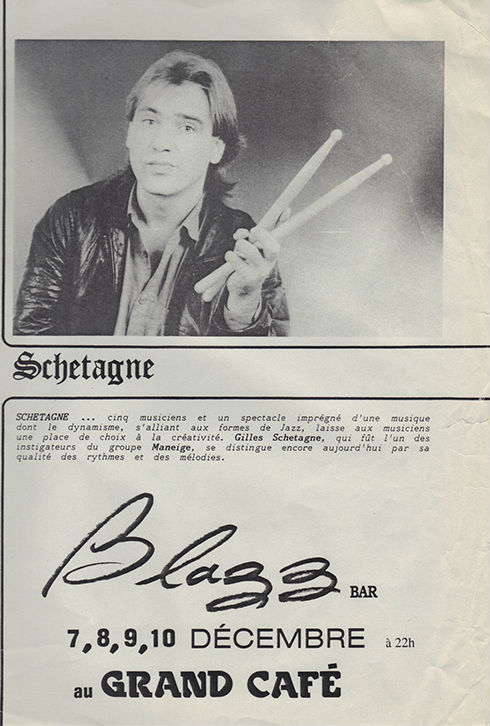 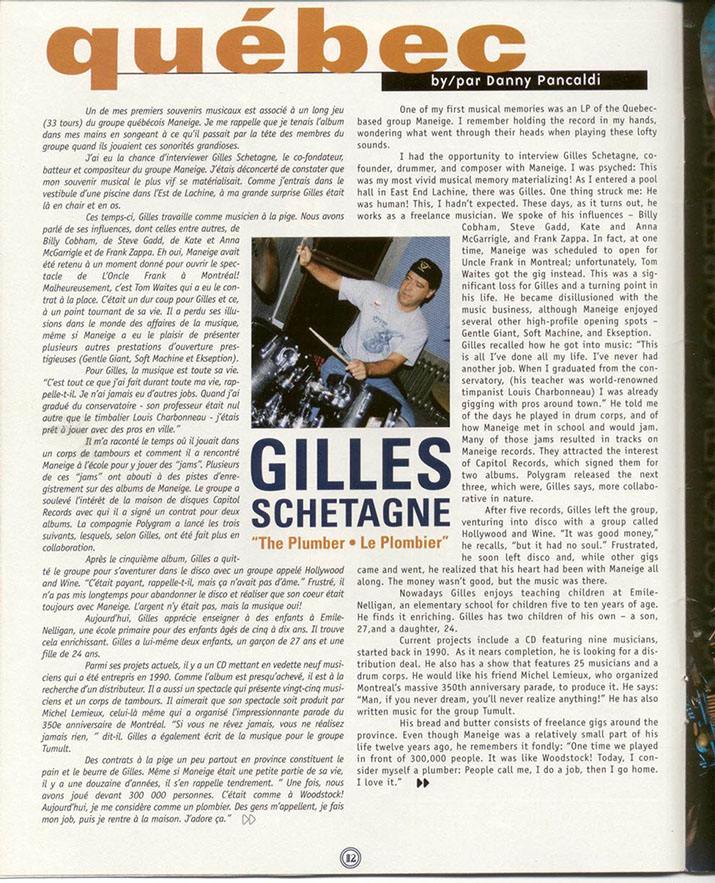 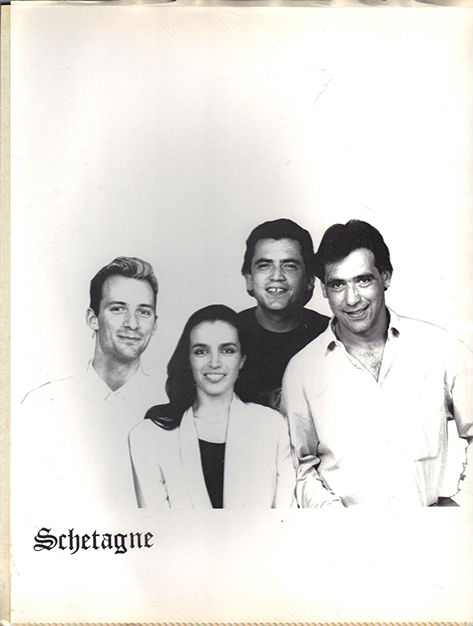 On some occasions, we were four musicians… 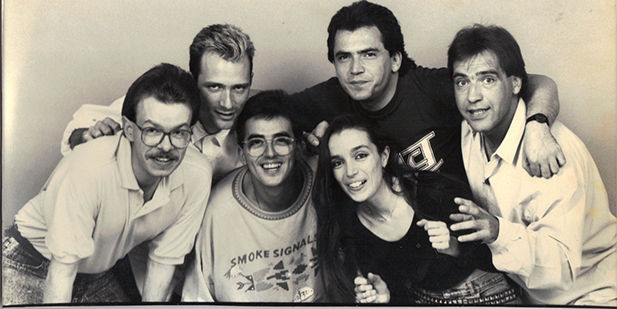 Sometimes 5 musicians and the most often possible 6. 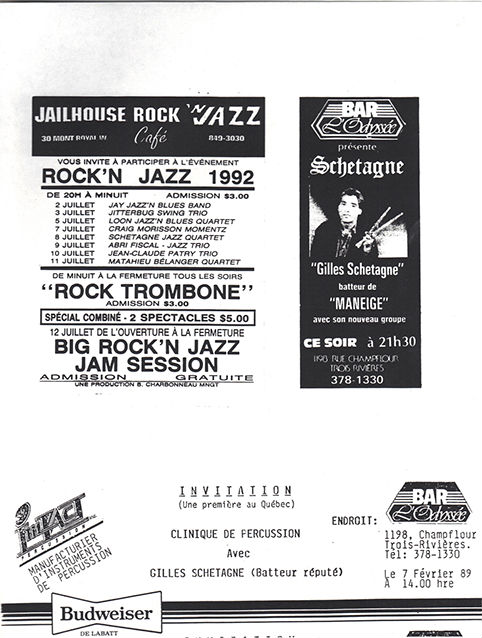 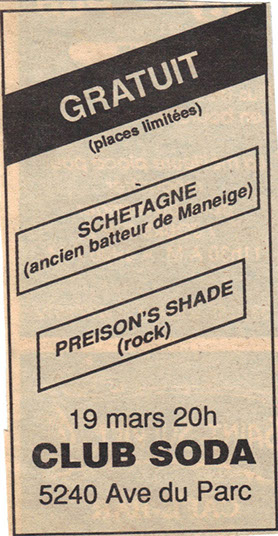 We recorded and album that was never released; but now you can find here, remastered, in the “Store” section.